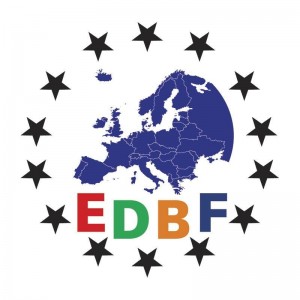 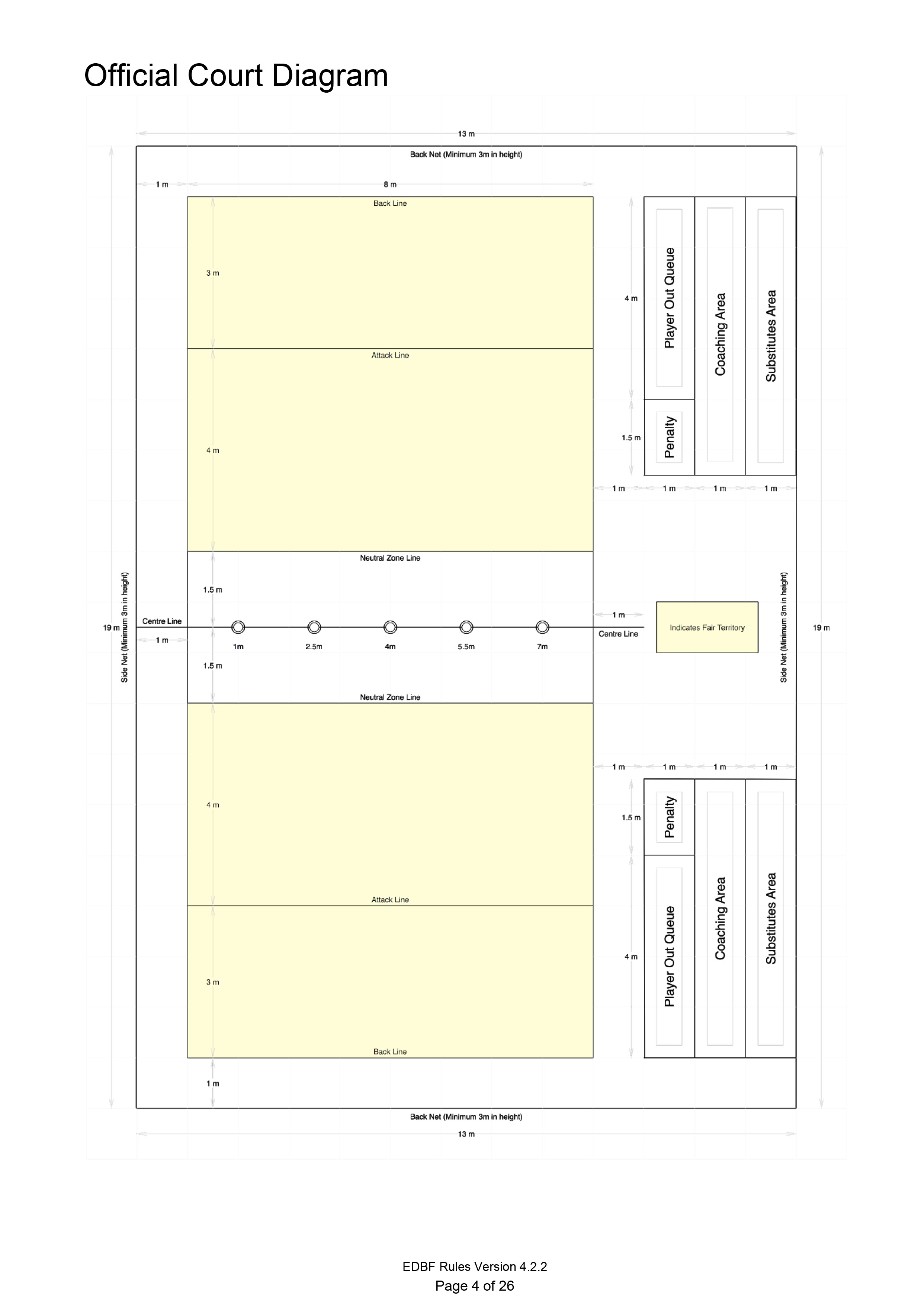 Uniform or equipment which affects the safety of all participants, ​OFFICIALS​, and spectators.

Teams​ consist of 6 ​PLAYERS​ with up to 6 ​SUBSTITUTES​. All ​PLAYERS​ must be in uniform with their name and numbers listed on the line up sheet. ​PLAYERS​ cannot be added after the ​MATCH​ has begun.

Section 4. Fitness of the Court

Section 3. Putting the ball in play during the Rush

A ​PLAYER​ who enters out of turn receives a ​YELLOW CARD​, and must immediately exit the court to the ​PENALTY BOX​.

*Possession in this Blocking Section is not the same as the No stalling rule. – Needs fixed by Shaun. He does good English.

Section 1 Out Of Bounds

Simultaneous Play occurs when two or more opposing ​PLAYERS​ are ​HIT​ and/or ​CATCH​ balls at the same time and ​MATCH OFFICIALS​ cannot determine which play was completed first.

Examples of protests, which will ​not​ be considered but not limited too:

Section 3. Responsibilities of a Single Official 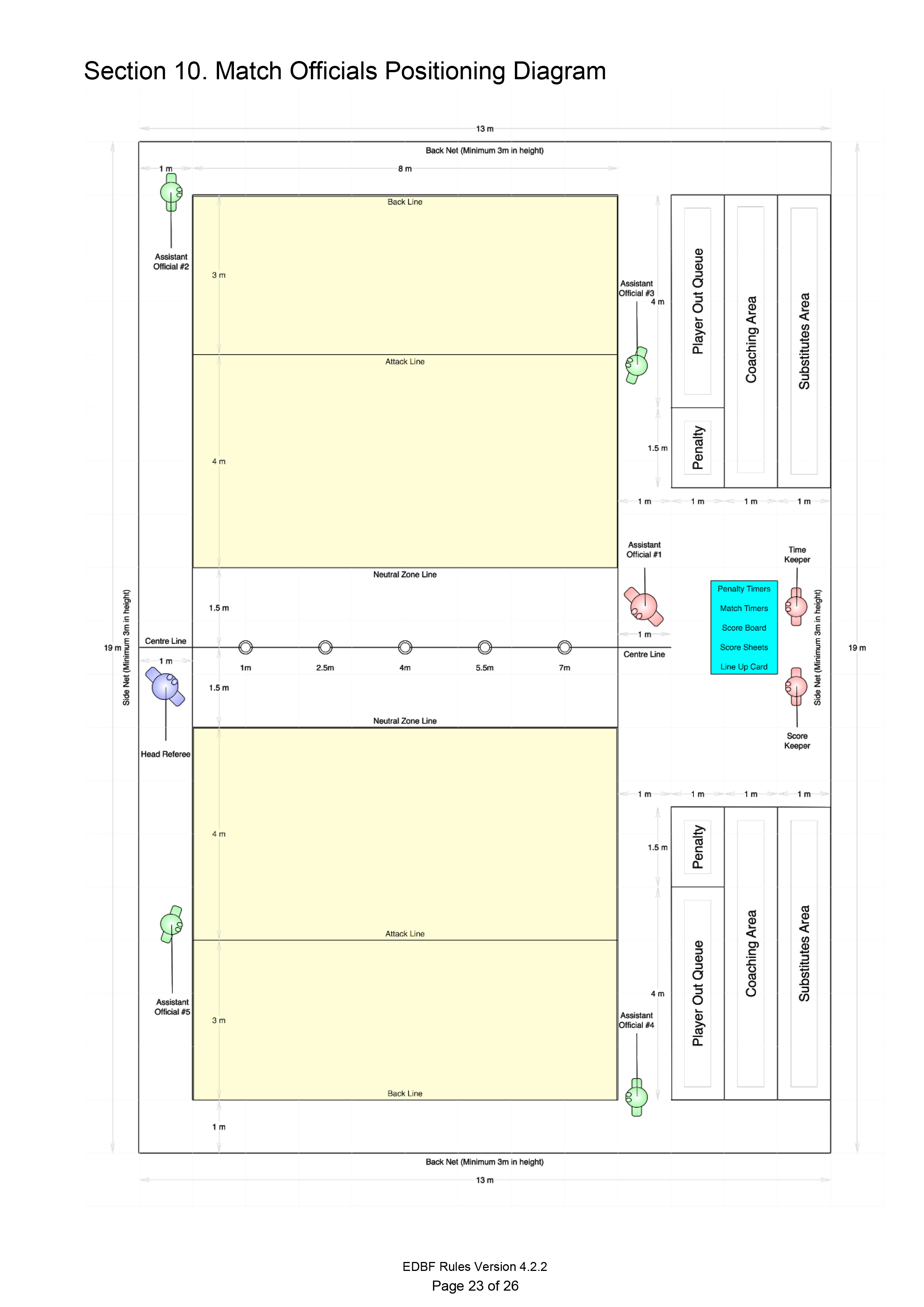 Players are expected to abide by the EDBF Code of Conduct:

PLAYERS​ are expected to abide by the Honour System.

Section 3. Code of Conduct for Officials 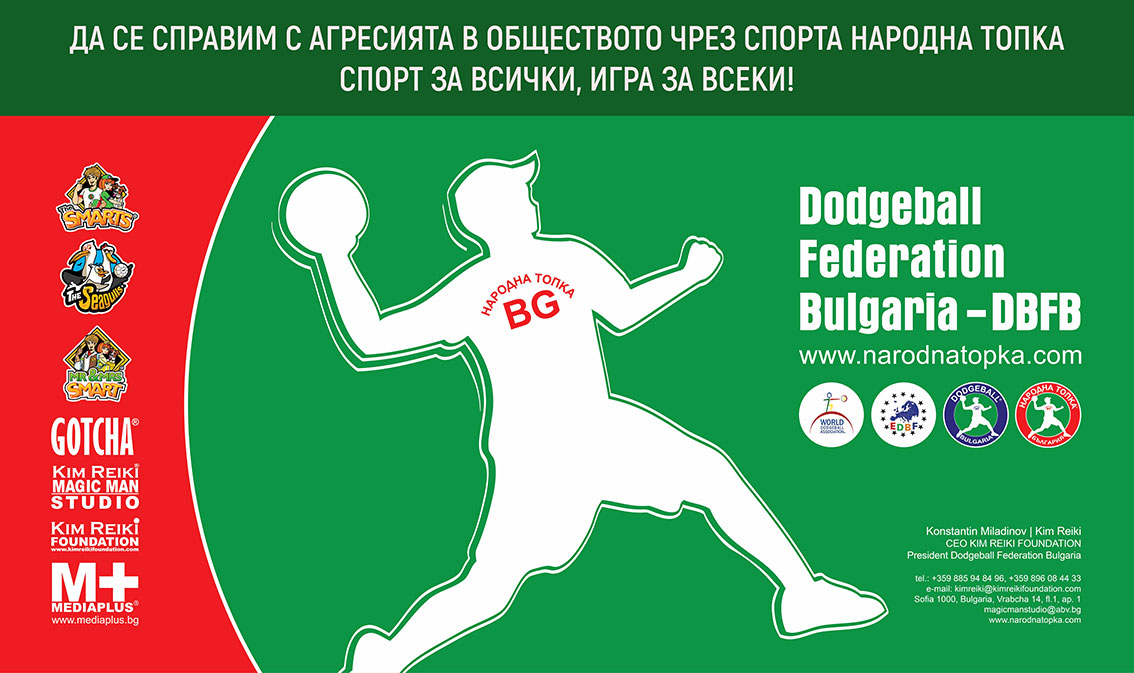 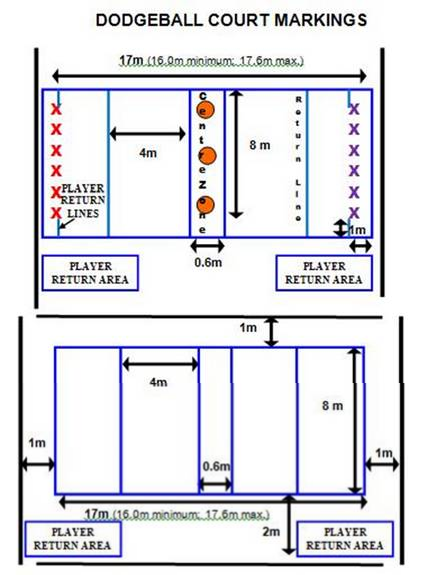